I’m in to my 4th day of learning Nepali (नेपाली) and before I get all stressed out and start thinking I will not be able to do it I am re-visiting my October 30, post 31 days of randomness to remind myself to “brush myself off” and keep trying.  It was a post I had actually Re-blogged from another very intelligent person.

By the way, on day 3 I did not write any of this in Nepali.  It is google translated so forgive me if the transliteration does not make sense.  What did you expect.. I’m only on day 3.

For anyone else who is learning a language.. the below instructions are awesome advice for language learners.  Enjoy.

Learning a new language can be tough, and learning how to get comfortable using that language is even harder!   After you learn how to properly pluralize toilet paper, you still have to gear yourself up to ask a stranger where the bathroom is.  Most of my relatives speak English as a second language, and it didn’t take me long to realize that Looney Tunes teaches you everything you need to know about being comfortable using a newly-learned language.  So here it goes, Advice from the Toons: 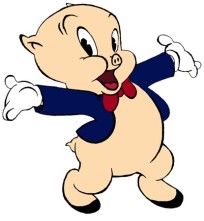 Porky the Pig is known for his stutter, but he compensates by replacing words that are hard for him to say with words that are easier.   It’s a simple technique, but an effective one.  Often times, new language learners get so focused on saying one word properly that they don’t just try to complete their thought in a new way.

For example: If you want to find the library, but don’t know the right word for library or don’t feel comfortable saying it, try asking where you can get or borrow a book. 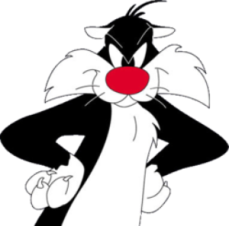 Sylvester Says :  Over Pronounce — Don’t be afraid to over do it.

Sylvester the Cat is known for his spitty, overly pronounced word usage.  The truth is, most languages involve an emphasis that doesn’t come naturally to most new learners.  So whether it’s rolling an R, distinguishing between a B and V, or pronouncing a sound that you’ve never had to make before — just over-do it.  People will understand!

For example: Where I grew up, it’s common for people to drop the H from words that start with an H.  Like “heat” instead of “eat”.  But since you wouldn’t want someone to EAT THE PIE that you just asked them to HEAT, it’s important to over emphasize the sound you know you struggle with. 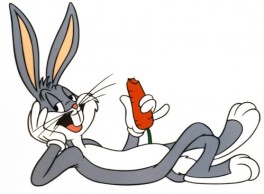 Bugs Says :  Get Visual — Use props and body language.

Bugs Bunny is known for references that his demographic most certainly does not understand, and using words incorrectly.  Instead of fretting over the incorrect word choice, though, Bugs just points to things around him, pulls out handy reference items, and uses body language to make sure the point gets across.  New language learners often forget to use the world around them as a tool!

For example: If you want to know if a dish on a menu is spicy, but don’t know how to ask– point at the menu and then make the universal gesture for “I just ate something hot!”.  (You know, wave your hand in front of your open mouth and bulge your eyes out a bit.) 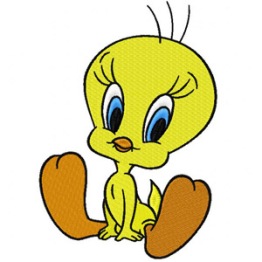 Tweety Says :  Repeat — Repeat, repeat, and then say it again

Tweety speaks Birdy as a first language, so when he speaks in English, he often has to repeat what he said.  Sometimes in different ways!  Many new language learners feel embarrassed when someone asks them to repeat something — but remember that quite often, they just didn’t hear you, or maybe didn’t understand that particular phrasing.  Try asking the question in a way that repeats your questions as much as possible. 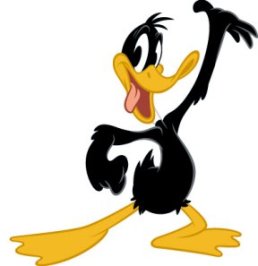 Daffy Says :  Get Loud — Mumbling is for Natives.

Daffy has a lisp, but it doesn’t stop people from understanding him because he speaks loudly and clearly.  If you’re patient with your speech, assertive in your delivery, and loud enough in volume, you have much greater odds of being understood.  Many new language learners mumble because they’re afraid of making a mistake, but the safest bet is to speak loud enough for people to hear you.

For example: If you’re looking at your feet and mumbling when you ask where the bathroom is, people will probably rely on your body language to fill in the blanks that they didn’t hear.  They’ll assume they’re talking about your shoes, and you will get very confusing advice! 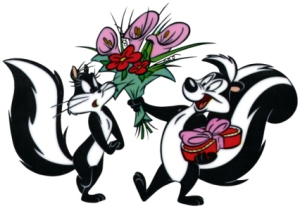 Pepé Says :  Be Proud of your Multilingual Abilities — Language is a beautiful gift.

Pepé is French, and isn’t trying to hide it.  If he doesn’t know the word in English, he says it in French. If he can say it best in French, then he does and explains why.  Language is about communication, and communication is a two-way street.  People are open to learning more about your language if your language gets the point across better.

For example: The French phrase “je ne sais quoi” has been nearly fully adapted into English because it’s simply the best way to say it.

In summary– don’t be so hard on yourself, and take it easy.