I was very recently nominated to compete in a 5 day B & W Challenge. The goal was to each day pick and post one favorite B & W photo I have taken.  Anyone who knows me will absolutely not be surprised that I could not seem to focus on just one thing and therefore did not exactly follow the rules.  After perusing over 300 photos I finally narrowed it down to “some” of my favorite photos.  I like them so much I thought I would share (and in some cases re-share) the entire grouping here.

These photos represent only a few of my favorites from New York to India.  I love them because they express everything from sadness to pure chaos.  There is just something about a black and white that is timeless and beautiful.  I hope you enjoy. 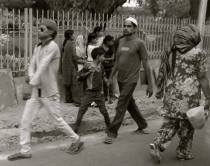 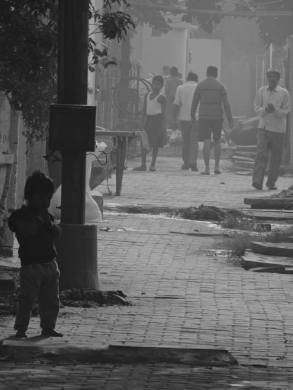 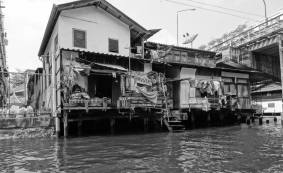 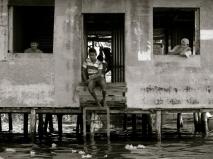 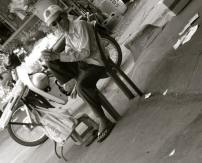 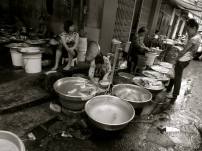 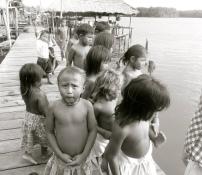 Other posts I enjoyed

“What do you want?”
“Just coffee. Black – like my soul.”
― Cassandra Clare, City of Bones

Yes!! Once again it’s time for a coffee break. As I have mentioned or shown in past posts (I have a confession… A simple cup of Joe…and Morning Reflections), I like coffee.

“It doesn’t matter where you’re from- or how you feel…There’s always peace in a strong cup of coffee.”― Gabriel Bá, Daytripper

One of my favorite things to do is to wake up eat a solid breakfast and drink a very strong cup of coffee.  So in honor of that and reflecting some of my favorite past travels.  I would like to share some of my most recent favorite coffee breaks.  So here is to bountiful beans which are inviting and welcoming to strangers!!

Coffee is a language in itself.   Jackie Chan

No matter how you take it or where they serve it.. you just can’t beat coffee in Turkey!! 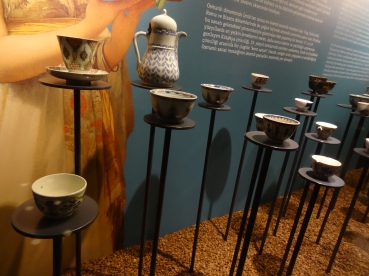 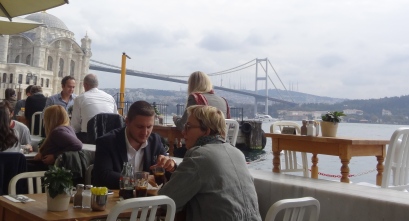 I like coffee anywhere, but coffee in Vietnam.. though small.. it doesn’t get any better. 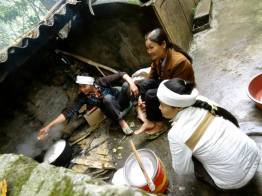 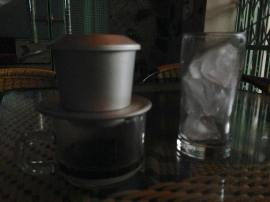 “Hydrogenated and androgynous milky white love is all I have to offer you. Would you like me to pour it in your coffee, or directly into your soul? ”
― Jarod Kintz, The Days of Yay are Here! Wake Me Up When They’re Over.

breakfast and coffee over a campfire 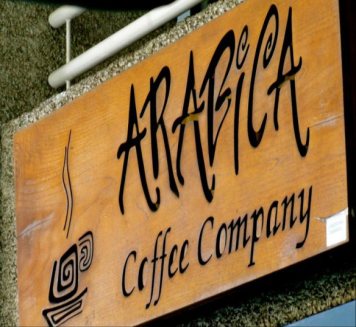 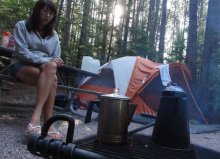 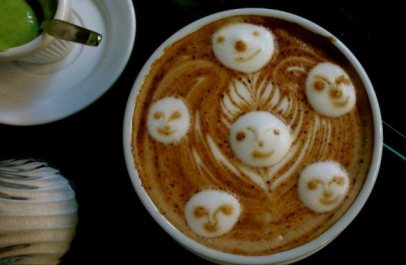 Reflecting on how lucky I am over a fresh cup of organic coffee.

Other posts  I enjoyed while drinking my coffee

Cheri Lucas Rowlands posted a great theme this week on the Daily Post.  I have decided to interpret it with my favorite moving object.. no not myself…..

“Because there’s nothing more beautiful than the way the ocean refuses to stop kissing the shoreline, no matter how many times it’s sent away.”

While in Vietnam I decided to take a rest stop and catch my breath in Danang. I was super exhausted from the hiking, biking and canoeing marathon and just wanted to take a couple of days and rest at the ocean.  I woke up one morning and decided to take some photos of the sun coming up..and later the sun going down. I stood in one place and just kept on shooting photos of the always moving waves.  From the same exact spot every single picture was so different and so beautiful.  I hope you enjoy. 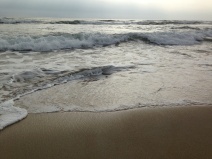 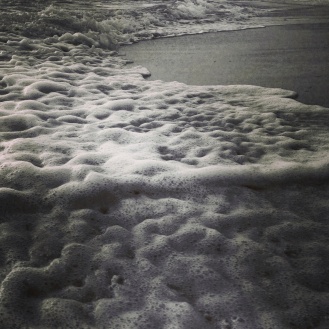 We are tied to the ocean. And when we go back to the sea, whether it is to sail or to watch – we are going back from whence we came.

“The sea is emotion incarnate. It loves, hates, and weeps. It defies all attempts to capture it with words and rejects all shackles. No matter what you say about it, there is always that which you can’t.” ― Christopher Paolini, Eragon

How inappropriate to call this planet Earth when it is quite clearly Ocean.

Here are some other photos of my beach time.

I pray to be like the ocean, with soft currents, maybe waves at times. More and more, I want the consistency rather than the highs and the lows.

Would you like to join in? For some of my other favorites please visit –http://dailypost.wordpress.com/dp_photo_challenge/on-the-move/:

When Ailsa posted her travel theme clean this week, my first impulse was to focus on the dirt and grime I’ve been surrounded with lately.  Instead I let her post speak to me and inspire me.

I’ve been traveling for five weeks through Vietnam and Thailand and even Nepal.  Directly after returning home I had guests in my home for two weeks.  I’ve been playing a crazy game of catch up at work, hosting guests and being sick.  Yesterday I spent ten hours at work on a Sunday just to catch up and I did indeed do that.  Today I spent the entire day cleaning my home, rearranging it, organizing my mess and disinfecting the place from sickness.

After cleaning my home I began to feel a bit inspired.  I had a fresh look on my house, my work and now a painting project.  There is a quote about a clean house equating to a clean and uncluttered mind.. to me it means freedom and comfort.  So with this new freedom and inspiration I decided to create an interpretation of my time in Vietnam through paint.

I hope you enjoy.

My representation of Vietnam.

Ok.. just two more shots from Pokhara, Nepal.  I was there for one week on a work function and talk about clean air compared to Kathmandu.  Hope you enjoy. 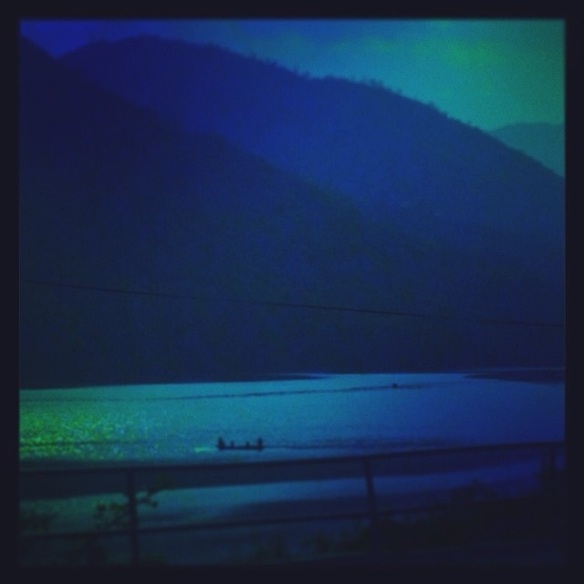 View of Himalayas from my hotel door.

I love big cities and I love both small and big city streets.  I love the sounds, the smells, the people, the buildings and the opportunities you can find when you just keep your eyes open.

Just a few glimpses of some of my most recent street scenes from Vietnam.  I decided to focus only on a few of my very favorite black and white shots.  There is something about a black and white picture that makes the scene feel timeless.  I hope you enjoy.

I see people walking through the city and wonder where they’ve been, and what the moments of their lives have done to them.    ― Markus Zusak, Getting the Girl

Never be afraid to sit awhile and think. ~Lorraine Hansberry, A Raisin in the Sun

You can observe a lot by just watching. Yogi Berra

Did you ever stop to think, and forget to start again? ~Winnie the Pooh

I never found a companion that was so companionable as solitude. Henry David Thoreau

I didn’t attend the funeral, but I sent a nice letter saying I approved of it. Mark Twain

I have an affection for a great city. I feel safe in the neighborhood of man, and enjoy the sweet security of the streets. Henry Wadsworth Longfellow

“The streets have two spirits: One is its own spirit and the other spirit is all the living creatures living in the street!” ― Mehmet Murat ildan

“Silent streets have many things to say.” ― Mehmet Murat ildan

“I think of it as the antidote to fast food; it’s the clear alternative to the king, the clown and the colonel. It’s faster, and chances are it’s healthier than something at a traditional fast food restaurant. I would much rather give my money to a neighbor or an individual than to a gigantic corporation that owns half the world. Maybe it’s naïve of me, but I prefer food made by an identifiable human that’s actually cooking.”  – Chef, author and TV personality Anthony Bourdain talks to the Huffington Post about his love of street food and his new TV show 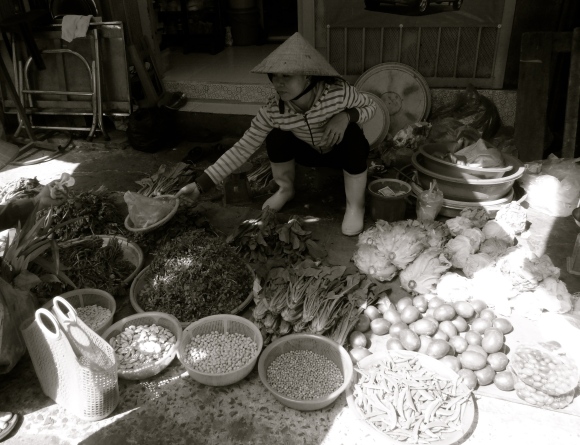 The following is a short news clip about Venezuela where I was last working.  It’s amazing how quickly street scenes can change.  My heart and prayers go out to my Venezuelan friends and it is my hope that street scenes like this will soon disappear.

There may be times when we are powerless to prevent injustice, but there must never be a time when we fail to protest.

The weekly photo challenge from March 28 was Street Life. If you have read any of my posts about streets you will know how much I love street art and quotes.  Here is a great page that represents a little of both.  Take a look.  I think you will like it.

“Graffiti is one of the few tools you have if you have almost nothing.And even if you don’t come up with a picture to cure world poverty you can make someone smile while they’re having a piss.”– Banksy (Banging Your Head Against a Brick Wall)

Just a little girl in a big world. I've been saying this about myself since I joined the Navy back in 1984. Someone once asked me if I stole this quote from Marilyn Monroe. I was naive enough at the time to think that I could have come up with anything that original and said "No, I made it up." “I am good, but not an angel. I do sin, but I am not the devil. I am just a small girl in a big world trying to find someone to love.” ― Marilyn Monroe I am once again in the middle of starting a new career path. I am loving life and just want to share a few of my travel adventures with some of the people I love the most. 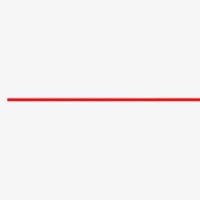 Where in the World

the pursuit of meaning

Just a personal blog. I'm not trying to sell you anything.

The Return of the Modern Philosopher

Deep Thoughts from the Shallow End of the Pool

The truth lies beyond the lines!

Advice on all your Love Life Woes

Ever been on a really amazing date?